The Single Most Important Number in Digital Advertising

Repost from
https://www.fool.com/investing/2018/02/15/the-single-most-important-number-in-digital-advert.aspx
by Adam Levy

The management teams at Facebook (NASDAQ:FB), Twitter (NYSE:TWTR), and Snap(NYSE:SNAP) shared a common message during their fourth quarter earnings calls.

“We’re making good progress in our goal of driving better outcomes in ROI for our advertisers,” said Facebook CFO Dave Wehner. “When advertisers are getting lower costs, higher click-through rates, and more engagements due to better ad formats, higher relevance, and more audience and engagement, they get a better ROI,” Twitter CFO Ned Segal pointed out. “If we drive more return on investment for advertisers, that means more advertisers will come to our platform,” echoed Snap Chief Strategy Officer Imran Khan.

When it comes down to it, the biggest factor determining where digital marketers spend their money is the return they get on that spending. Return on investment (ROI) encompasses everything that goes into an ad product — the pricing, the reach, how they convert, etc. — and boils it down into just one number.

Platforms with high ad ROIs are more likely to win more business in the future than companies with lower ad ROIs. That’s why the major digital ad platforms all talk about driving better ROI for advertisers, and it’s why investors need to pay attention to which platforms produce the best returns for their customers.

It’s a duopoly for a reason

Facebook and Alphabet (NASDAQ:GOOG) (NASDAQ:GOOGL) are often referred to as the duopoly in digital advertising. The two combine to win a growing majority of digital ad dollars in the United States, and their global dominance isn’t too far behind.

If you look at what advertisers have to say about the returns they see from advertising on the duopoly’s various platforms — Facebook, Instagram, Google Search, YouTube, etc. — it’s easy to see why the two companies continue to take share of a market they already dominate.

A recent survey by Cowen and Company found Google and Facebook produced the highest ROIs for about 78% of advertisers. Adding in YouTube and Instagram bumps that number to 86%, and those that use Facebook or Google ad exchanges and networks likely bumps that number closer to 90%.

Most interestingly, those numbers are even higher than what the same survey found in 2016, when Facebook and Google combined for the best ROI for 59% of respondents.

That’s particularly notable for Facebook — which increased from 27% to 30% — because the company saw its average ad price increase 43% year over year in the fourth quarter. For reference, cost per click at Google fell 14% year over year as a shift to more lower-value YouTube ads continues to impact the overall results.

While Facebook and Google continue to dominate return on investment for digital advertisers, Snap and Twitter are making meaningful progress.

In the meantime, both are working to improve conversions. Snap is improving targeting with the rollout of Snap Pixel as well as offering more direct-response products like app install ads. Twitter is seeing increased engagement lead to improved ad relevance and higher click-through rates.

Snap has seen a continued increase in investment on its platform as ad revenue increased 72% year over year in the fourth quarter. Twitter hasn’t been as successful with ad revenue on its owned-and-operated properties, increasing just 7% last quarter, the lowest of the four companies reviewed in this article.

Only so much ad spending to go around

The biggest challenge for smaller competitors like Twitter and Snap is that advertisers have only so much to spend. Even if Snap is showing better ROIs than last year, it probably won’t produce a better ROI than Facebook for most advertisers.

Advertisers will continue to dump the majority of their ad spend into Facebook and Google as long as they continue to show a better ROI than smaller competitors. Considering the current sentiment among advertisers, it looks like the gap between the duopoly and everyone else in digital advertising will continue to grow.

10 stocks we like better than Facebook
When investing geniuses David and Tom Gardner have a stock tip, it can pay to listen. After all, the newsletter they have run for over a decade, Motley Fool Stock Advisor, has tripled the market.*

David and Tom just revealed what they believe are the ten best stocks for investors to buy right now… and Facebook wasn’t one of them! That’s right — they think these 10 stocks are even better buys. 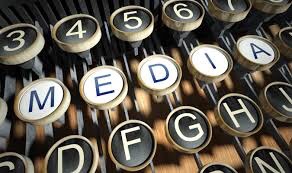 Has media become just another commodity 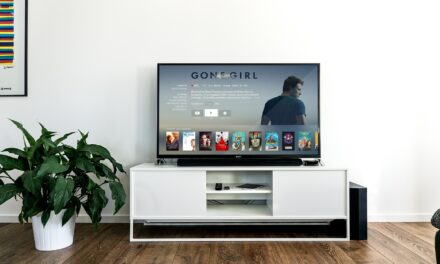 3 ways to stand out with digital OOH

What trends will dominate influencer marketing in 2018?