The digital business world was rocked when Facebook announced it would prioritize feeds from friends and groups over content from businesses and media. The move was a reaction to overcrowded newsfeeds and a way to cut down on “fake news.” The company is getting back to its grassroots purpose, which was to bring people together. The question now is, what does this mean for your Facebook content distribution strategy?

Facebook’s head of News Feed Adam Mosseri said in his Facebook blog post, “Publications deemed trustworthy by people using Facebook may see an increase in their distribution. Publications that do not score highly as trusted by the community may see a decrease.”

Other issues include a decrease in reach, video watch time and Pages referral traffic, and it will give priority to posts that spark conversations and promote meaningful interactions.

Brands, publishers, and advertisers are trying to recover from the news and develop new strategies. This is an industry that is no stranger to overnight changes from gatekeepers like Google and native ad networks, and those that are willing to adapt to these changes have proven time and time again that it’s possible to not only survive but thrive.

If you’re worried about your brand or publication, here are some core concepts to build your content and social strategies on throughout the year.

Develop Trust with the Public

People have been disenchanted by many publishers, because of false reports and other issues, so trust will be a major factor on reach in the new world of Social Media. Publishers and brands will need to invest in good quality content that grabs people’s interest. Click bait and casting a wide net isn’t going to work anymore because people won’t see your posts. Don’t create content for a general audience. Instead, focus on the audience you already have, and let them share your content. You need consistency in your message and content that is unique and thought-provoking. Also, don’t ask people to comment or like your post as Facebook will penalize those posts.

Advertisers should also take this to heart. While the Facebook changes won’t impact advertising and sponsored posts, the content for the ads and posts still need to grab the interest of those reading. The only real change for advertisers is prices will likely go up, so make the most out of your money.

For a long time, people have said that video is the end all be all of marketing strategies in this visual digital universe. You couldn’t read an article or watch a video without someone saying how video was going to make your profits skyrocket. Facebook feeds were inundated with videos, from the funny to the sad, in the hopes of earning views.

Facebook is deprioritizing video in 2018, so any publishers or brands that haven’t invested heavily in the medium shouldn’t feel pressured to do so. Instead, focus on developing a trusted audience through good content and customer relations. Once that has been established, then an investment in video would be in order. There’s more of a chance for people to Like and Share your video if they trust and believe in your company.

Advertisers have likely already invested heavily in video and they can continue with high-quality video ads. It’s important that the videos be quality, truthful, and engaging.

According to CRO and CMO of Bleacher Report Howard Mitton in a Digiday.com interview, “You’re going to start seeing Instagram cluttered with even more video because it’s the same format as the Facebook newsfeed,” said the digital publisher CRO. “In theory, you can still get organic reach on Instagram — until [Facebook] corrects that, too.”

Facebook is one of the most widely used social media platforms, but it’s not the only one. There are many more, including Twitter, Snapchat, Pinterest, Instagram, etc. It’s easy to put all your eggs in the Facebook basket, but with the new changes and limit in reach, diversification might be in order.

Publishers should already know that diversification is key to stabilizing profit. If one avenue lowers, then you might be able to make it up in another. Publishers that rely on Facebook for the bulk of their income or customer engagement might be sweating in their stylish yet affordable boots. An area to increase is the use of Facebook Live video, which has been shown to create six times the interactions.

Advertisers can continue to use Facebook ads without worries, as paid reach isn’t impacted…yet. It’s still early in 2018, and no one knows what Facebook might roll out in the coming months. It’s best to diversify into other social networks to shore up profits in case of additional changes in Facebook.

It’s been said for years that content is king. While what that entails may have changed over the years, it’s still true just as much today as it was a decade ago. Facebook’s changes put an emphasis on creating well-crafted content designed to inspire conversation. People are far too savvy for poorly crafted content designed like click bait and sales articles. “Fake news” is also rampant and the general public is wary of news sources in any form.

Publishers have to think like brands. They need to know that how people perceive them impacts how well their content will work. In turn, brands need to think like publishers and create content that goes beyond selling a product or service and into developing relationships with consumers.

Advertisers also have to understand how the content of their ads and sponsored posts will resonate with consumers. Storytelling is going to be the watchword for the future as Facebook wants familiarity and engagement from everyone.

One marketing avenue set to improve with Facebook’s new rules is influencer marketing. Influencers have one-on-one relationships with their fans, often speaking to them directly and encouraging comments and messages. Many respond back to customers and are the perfect example of the type of behavior Facebook wants to see.

360i influencer marketing head Corey Martin said in an interview with Digiday.com that “By prioritizing [user-generated content], Facebook is giving brands an opportunity to double down on influencers that maintain authentic relationships with their audiences.”

Facebook has more control with influencers than with brands and publishers, and engagement increases 5 to 10 times when done by an influencer rather than a brand. Publishers and brands need to think like influencers when drafting their social media plans and use influencers in their marketing campaigns.

The landscape of Facebook is changing and regardless of whether you think it’s a good thing or bad, brands, publishers and advertisers need to accept this as the new reality and adapt accordingly. 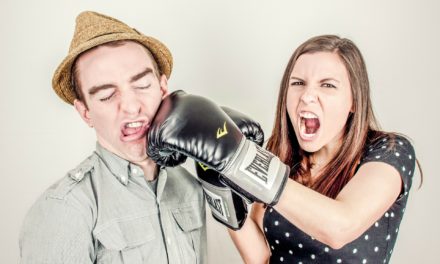 The 7 Commandments of Using Hashtags