The Netflix original thriller Stranger Things has more going for it than just its storyline and central characters. Innovative marketing tactics that tap into a cult-like fan base have catapulted the show into the pop culture spotlight.

Here are a few of the smartest, not-so-strange marketing takeaways from Stranger Things:

Nostalgia is one of the mainstays of Stranger Things. It’s based on the 1980s — a decade of neon colors, amazing video games (Dig Dug anyone?) and comics. Additionally, walkie-talkies, mixtapes and ham radios are replicas of the times the world had no internet or smartphones.

On social media, it capitalizes on the same using posts that are heavy on nostalgia and linked to the storyline, much to the fans’ delight!

If you happen to check the Twitter handle of the show, you’ll find that it promptly replies and responds to fans and followers of the show. The show’s social media even replies to its own posts or anywhere the fans have tagged it, and retweets posts in which it has been tagged. This personal interaction takes user engagement to another level, making them even more loyal to the show.

Marketers know the importance of a well-timed campaign. There’s nothing like taking the advantage of the time when your user is most likely to gather information about your product or service or try it out.

In the case of the Netflix show, the second season was released right before Halloween 2017. This move was a borderline genius and it got the fans talking about the show and subsequently watching it during the spookiest time of the year.

Stranger Things often offers new content meant exclusively for its social media channel. This content is not dependent on filming schedules or even on people to sit down and watch entire episodes. It keeps the hype of the show high in between when people are actually watching it.

Like all good things, the second season of Stranger Things had to come to a close. When it debuted, however, show creators launched an interactive website called FeedDart.com with a dash of humor. It let fans upload, and then feed photos of their friends (or even their homework) to a creature from the show. This gave fans a chance to keep enjoying the show and feeling like a part of it, even after the episodes ended.

The show has figured out what other things its fan base is into. Fandoms such as Dungeons and Demons, Ghostbusters and Star Wars are liberally strewn across the show.

In fact, the show’s unnamed monster is called Demogorgon, a terminology straight out of Dungeons and Dragons. In one episode, the friends all dress up as the Ghostbusters. In another episode, Mike shows Eleven a Yoda figurine, stating that “he can move things with his mind.”

With these pop culture references, the show strikes a chord with these fans and keeps them intrigued.

Supercharging your SEO with AI: Insights, automation and personalization 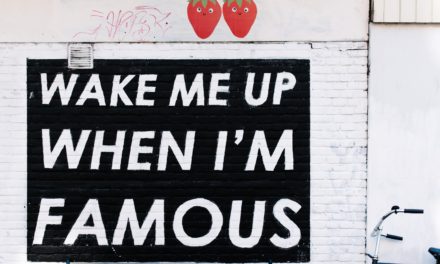 How To Use Influencers To Create Your Own Social Media Funnel

Does a Pop-Up Chat or Info Box Work for Your Website?